The design of this facility allowed for the consolidation of related functions previously performed in several buildings on the plant site. The building serves as a standards transfer laboratory for the purpose of calibrating instruments used at the Rocky Flats plant.

The building consists of many unique construction features specific to the complex mission which it supports. The two-foot thick test cell walls and ceilings were constructed using a monolithic cast-in- place construction process. The building is divided into three basic areas of functional operation: Test Cells and Control Room, Instrument Calibration and Repair Shop, and Office and Support areas. The facility has a number of special systems which include a pneumatic radioactive source transfer system, a safety interlock system, a major central control console, and a blockhouse facility.

The Radiation Calibration Laboratory is a highly sophisticated and complex building which required combined programming information from EG & G and Department of Energy physicists as well as numerous technical consultants. 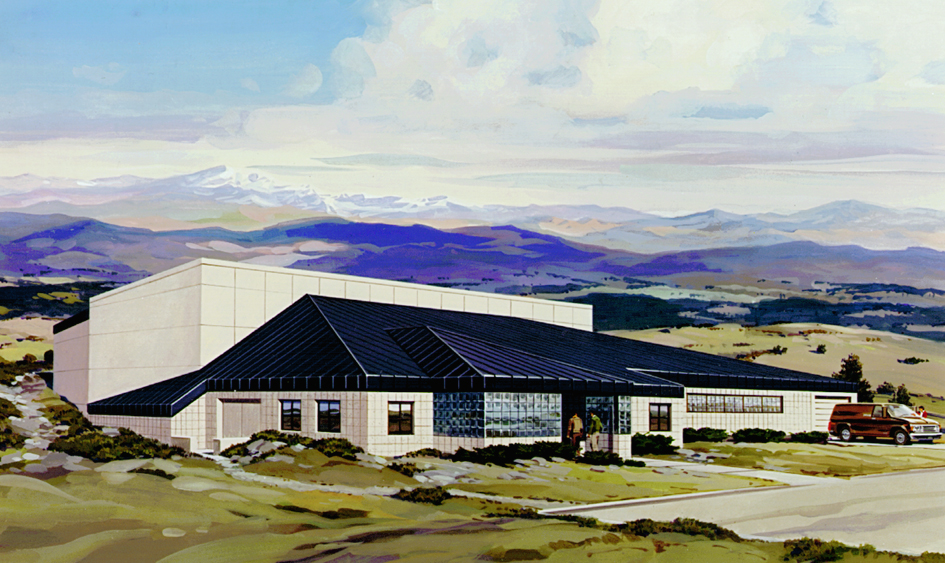