“From the Manhattan Project to Cold War Legacies”

The log cabin was on site in 1943 when Army Second Lieutenant Philip C. Leahy secured the purchase of the 55.71-acre former gravel mine for the U.S. government. Grand Junction – on the Colorado Plateau of western Colorado – had been selected for its proximity to remote vanadium mines and their uranium-rich mill tailings, and for the available labor pool and employee housing the small metropolitan city offered. This site grew to be the nation’s most important center for exploration, procurement, and experimental processing of uranium ores during the Cold War era.

The juxtaposition of this rugged cabin and its role in furthering such an advanced scientific undertaking – the development of nuclear technology – is a compelling part of the story.

TheRoybal Corporation implemented the interpretive exhibit planning, design, fabrication, and installation of new exhibit space within the existing historic cabin. New interactive exhibits inform visitors of the history as well as the current actions of the Department of Energy across the Colorado Plateau. Video, audio, and artifacts help the audience understand and engage with the information presented by nearly 30 exhibit panels. A section of the museum was designed to recreate the office space the housed by the cabin in the 1940s. 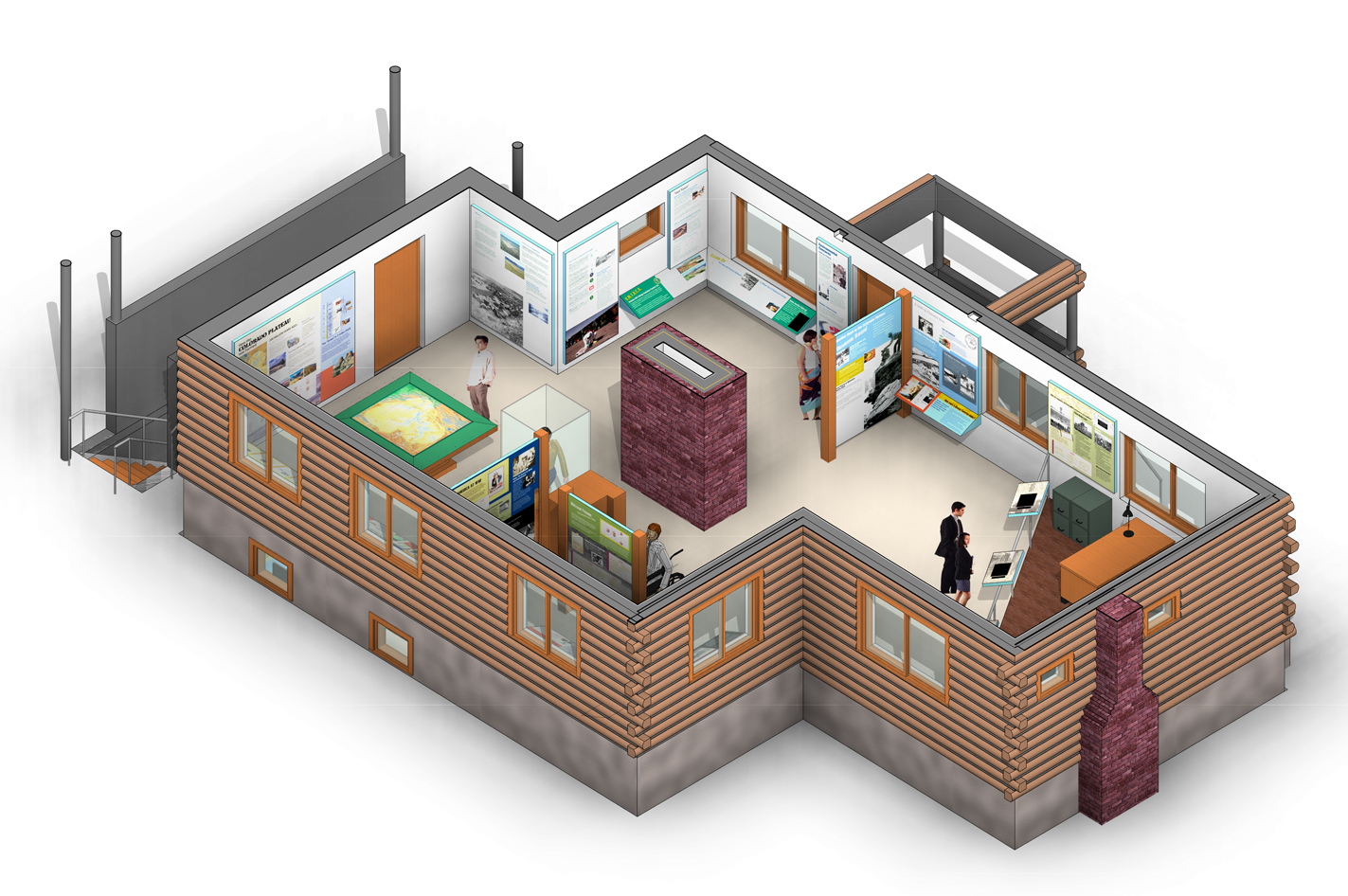 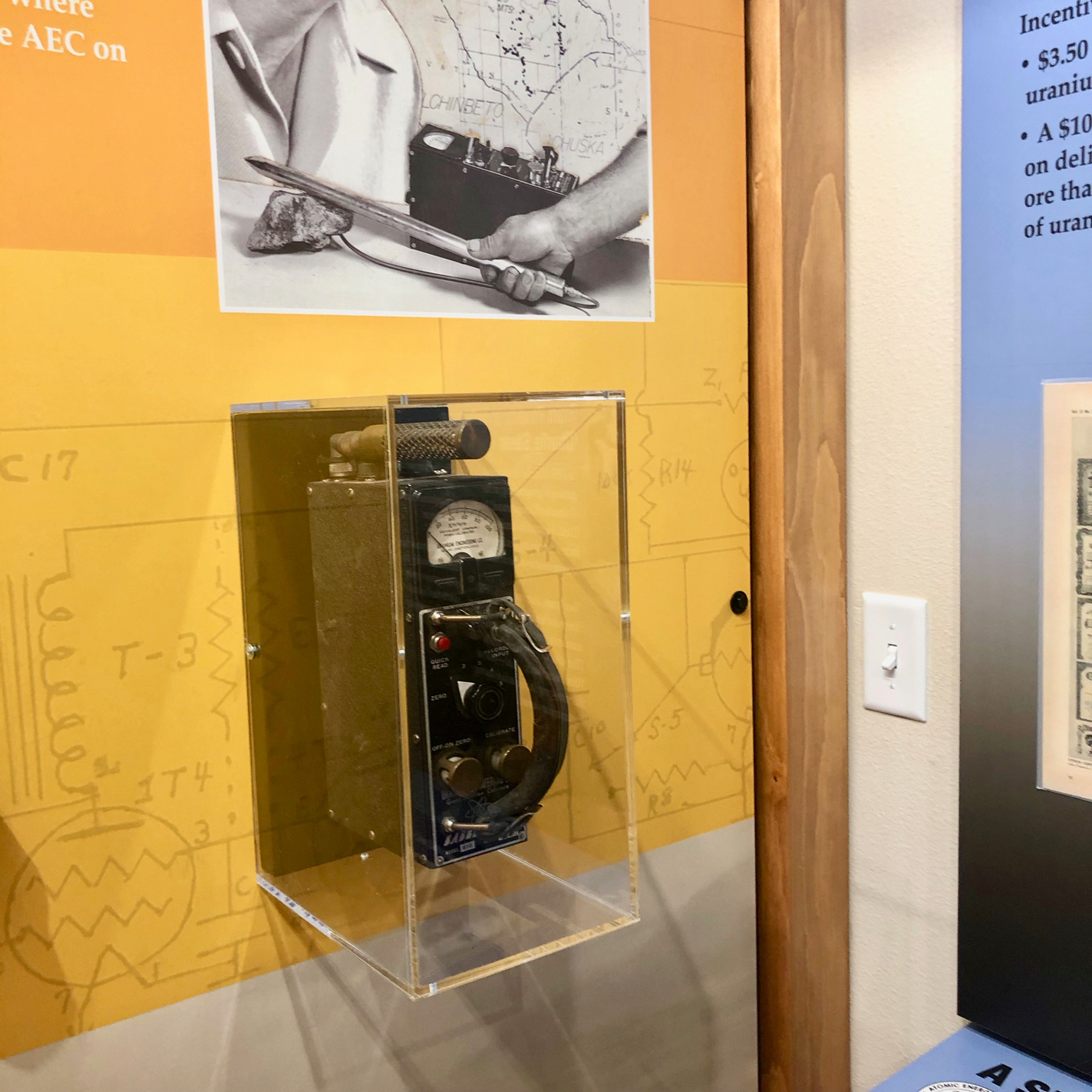 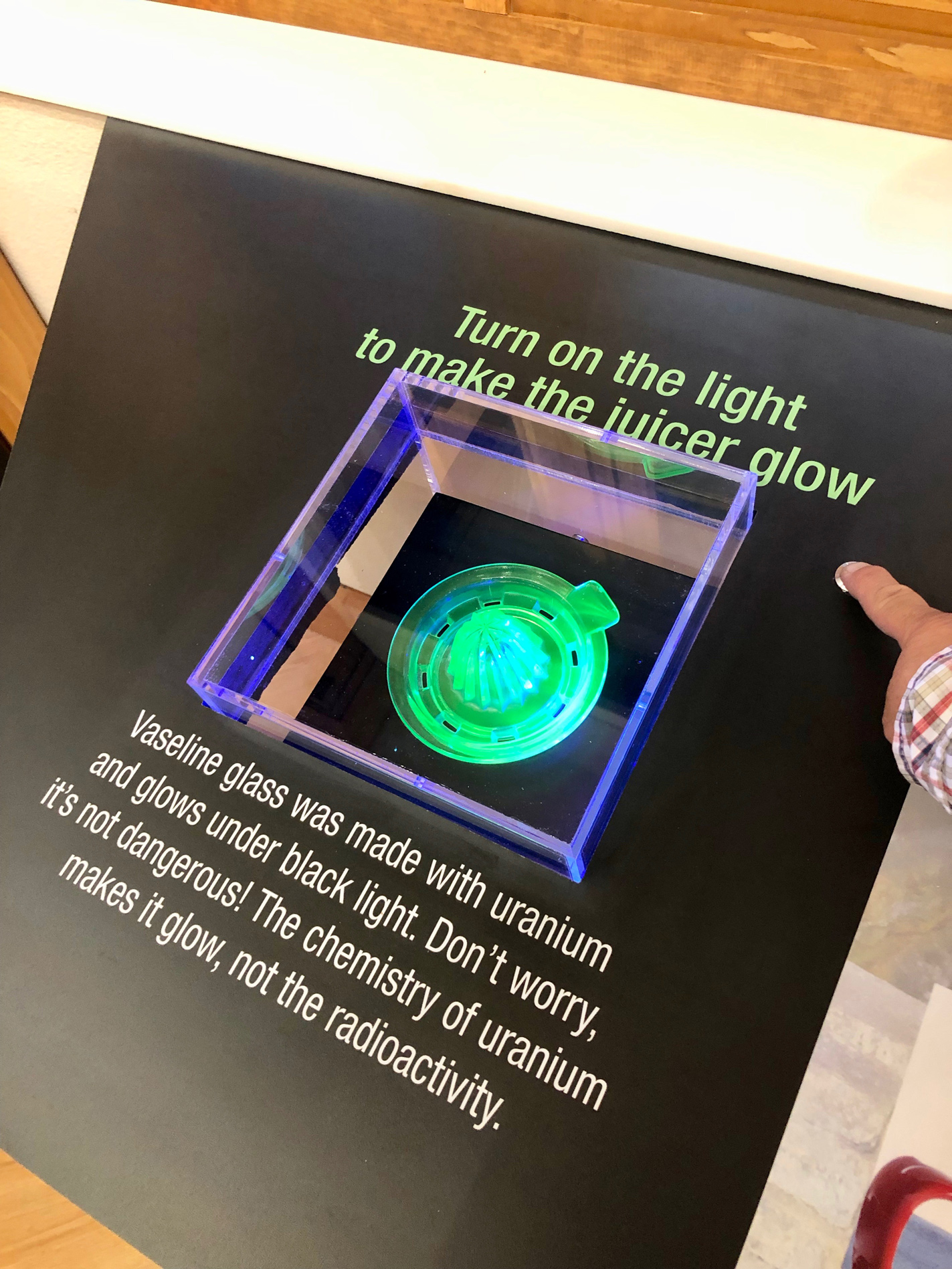 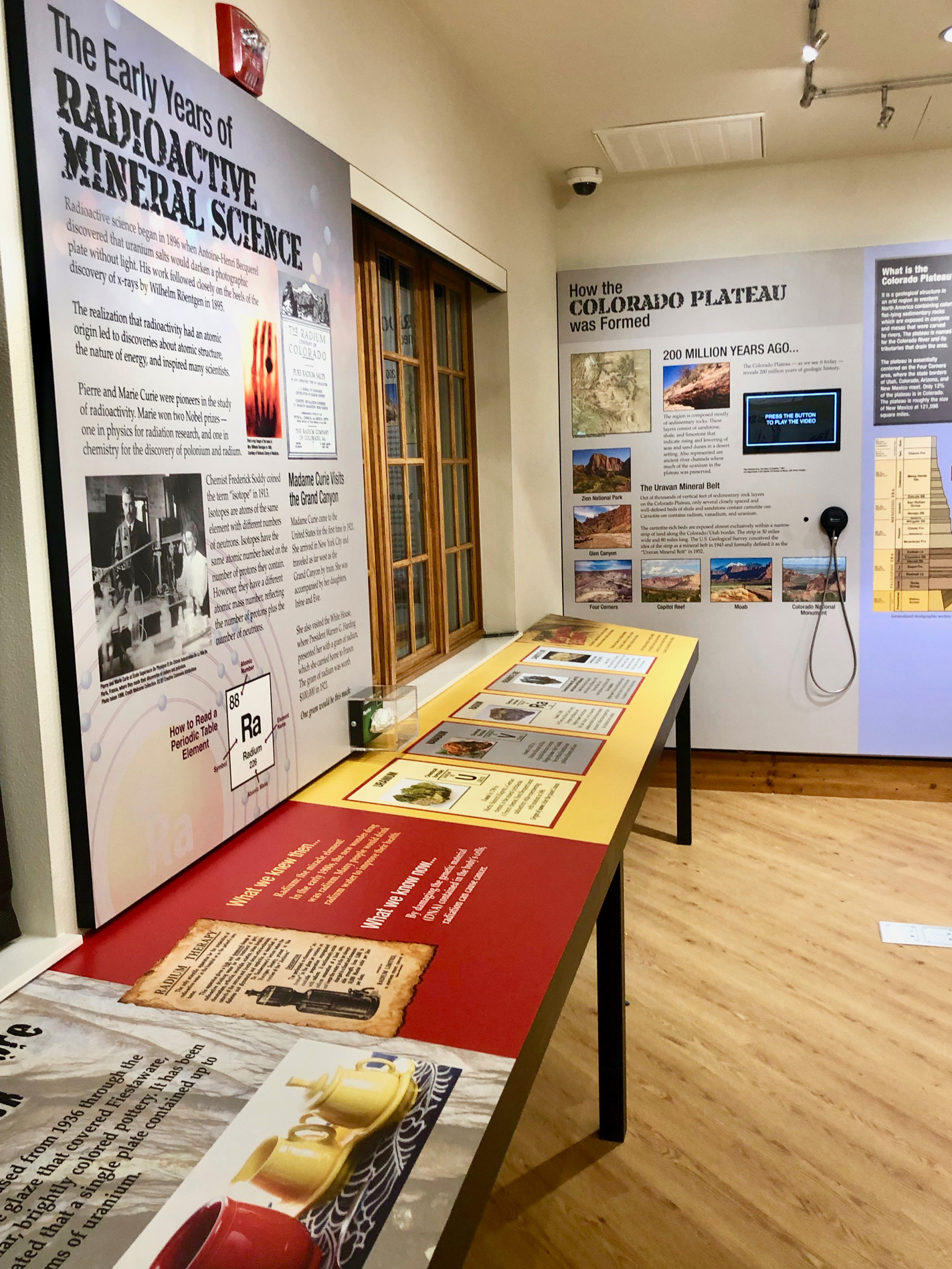 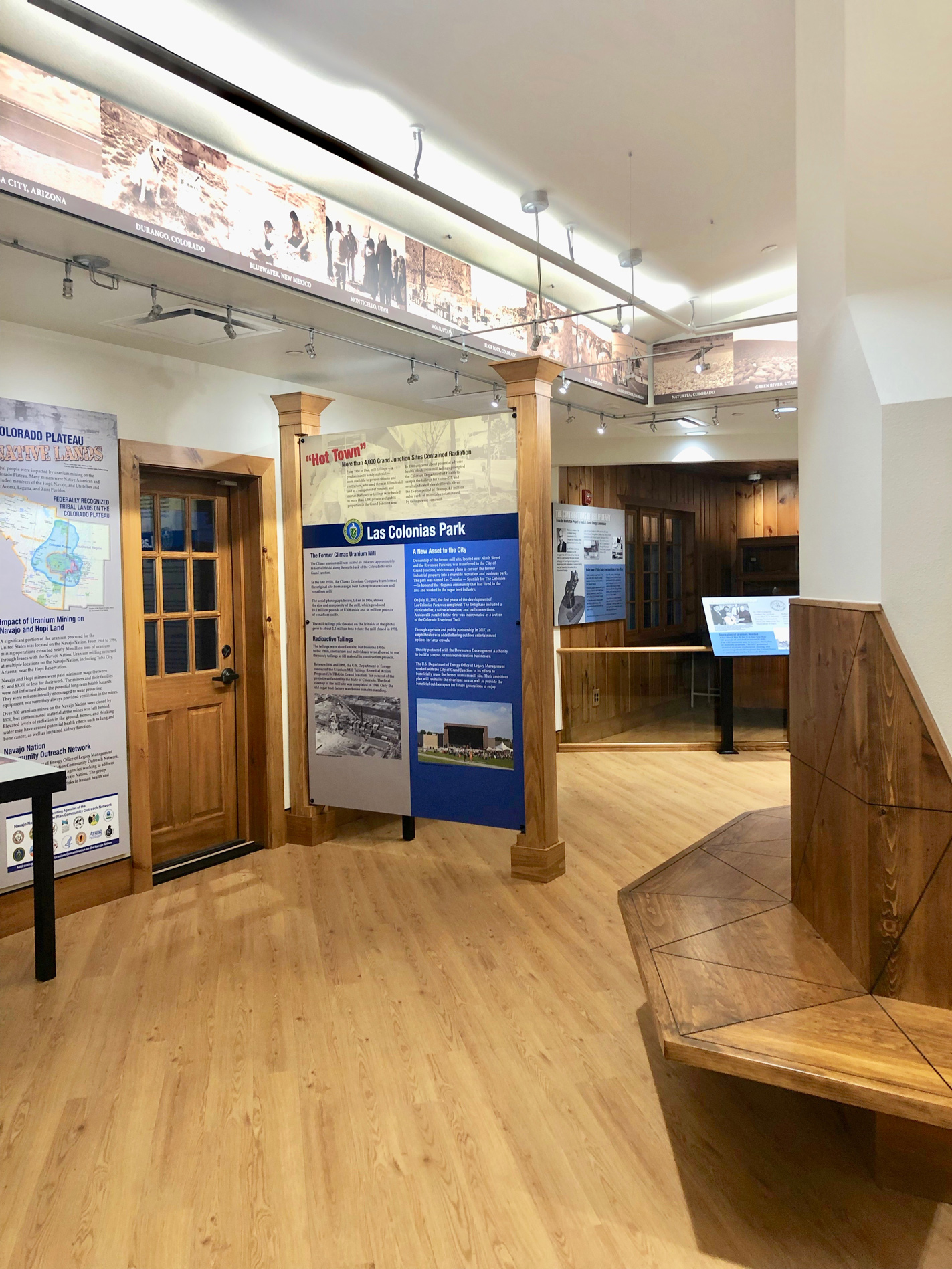 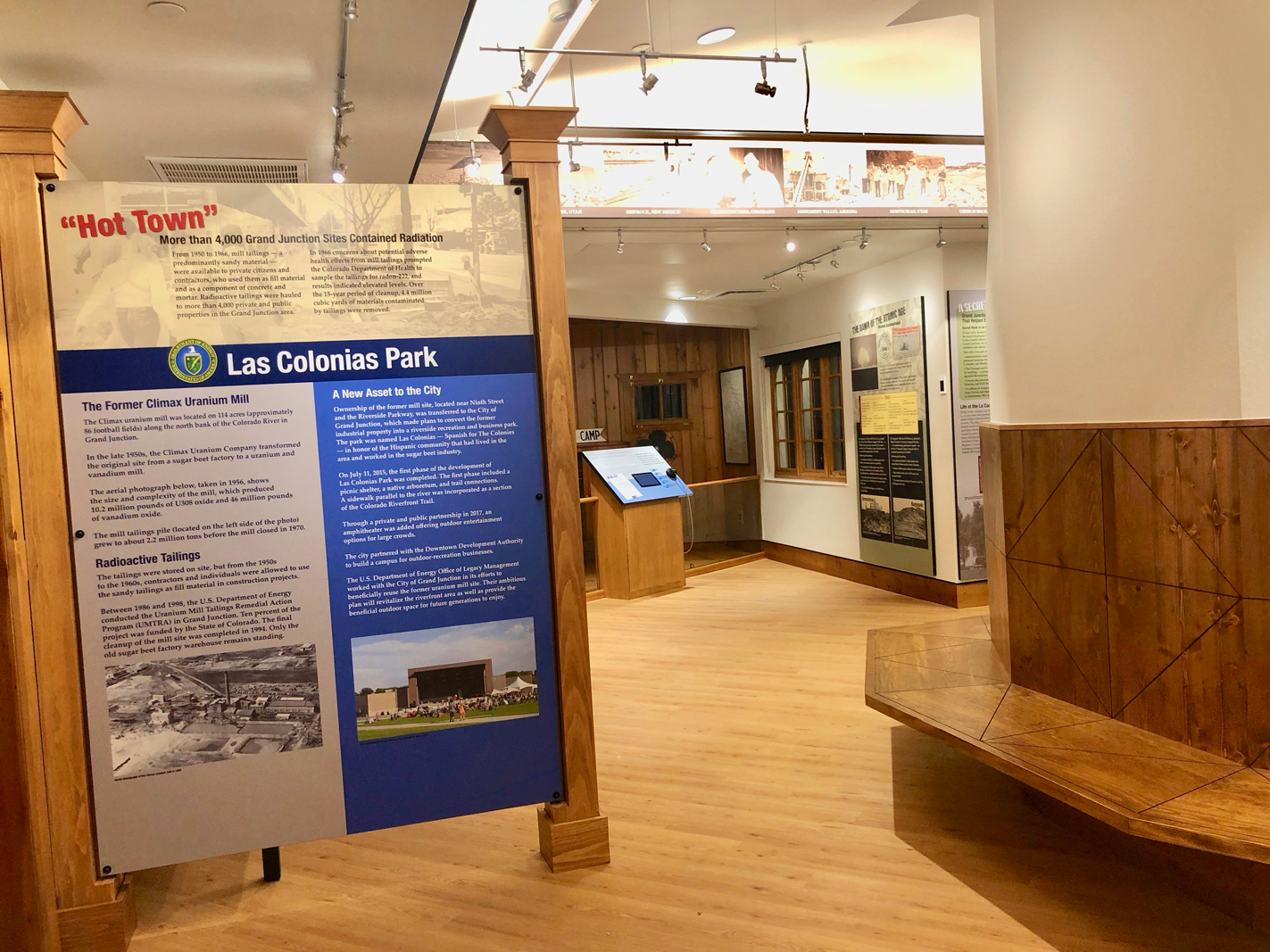 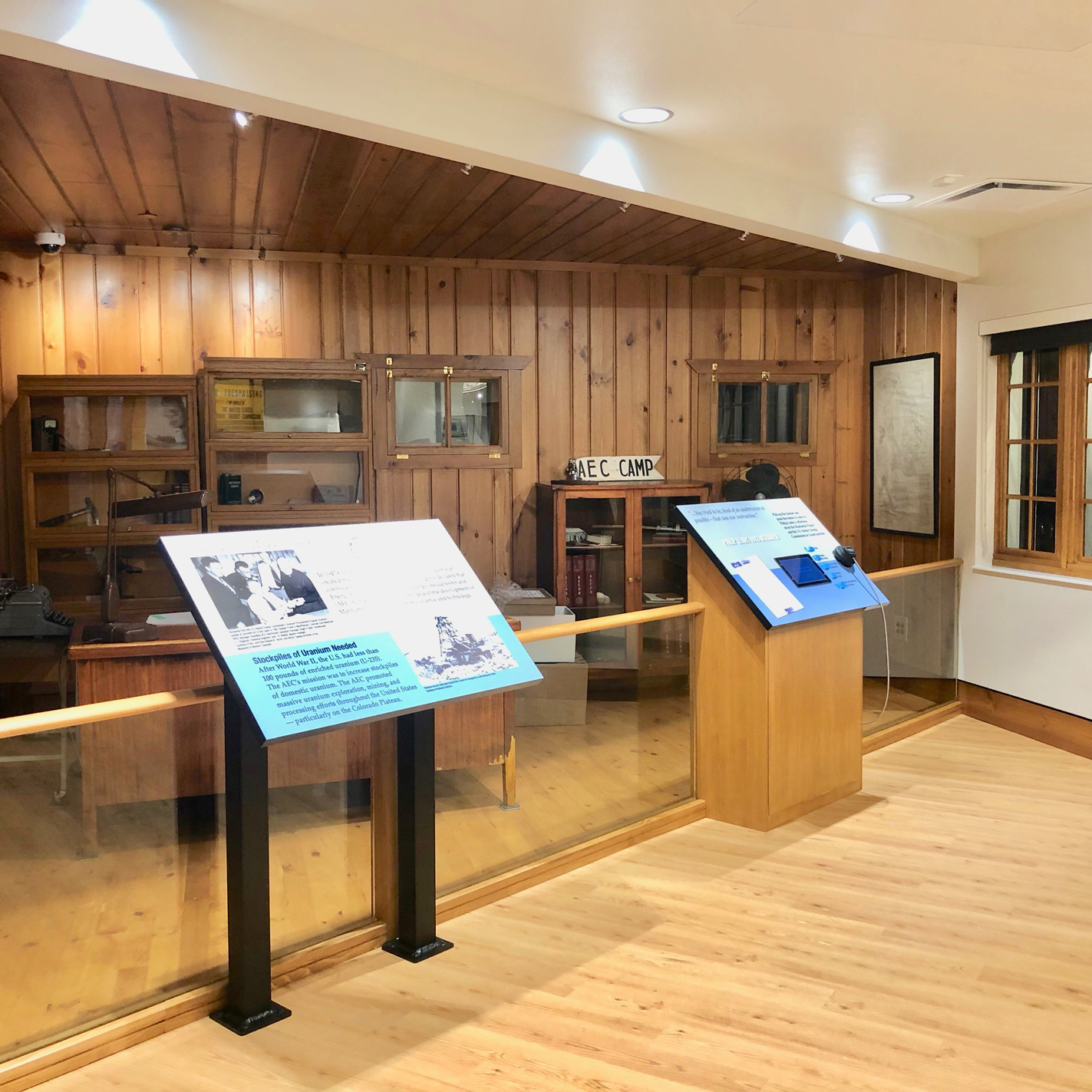 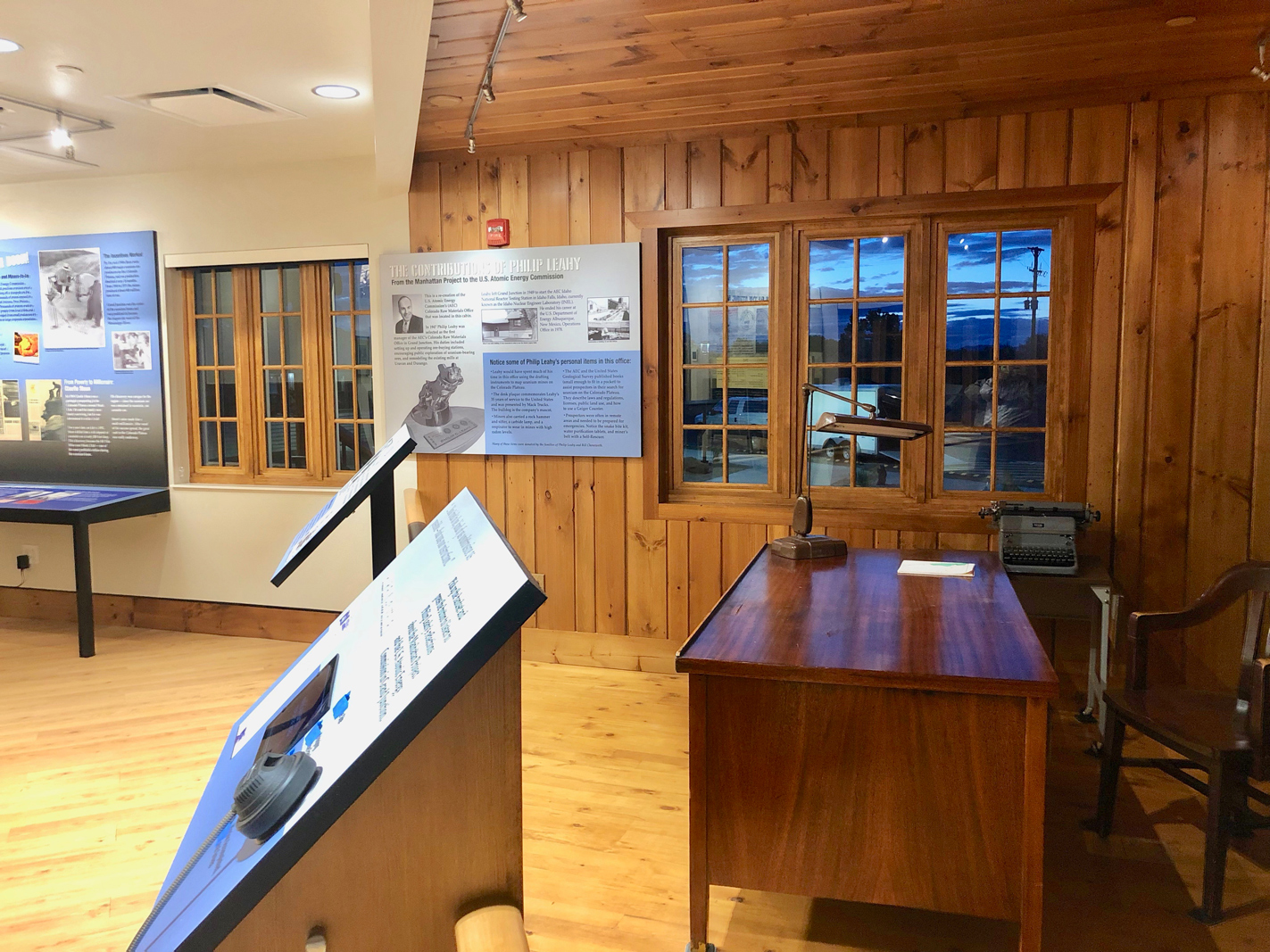 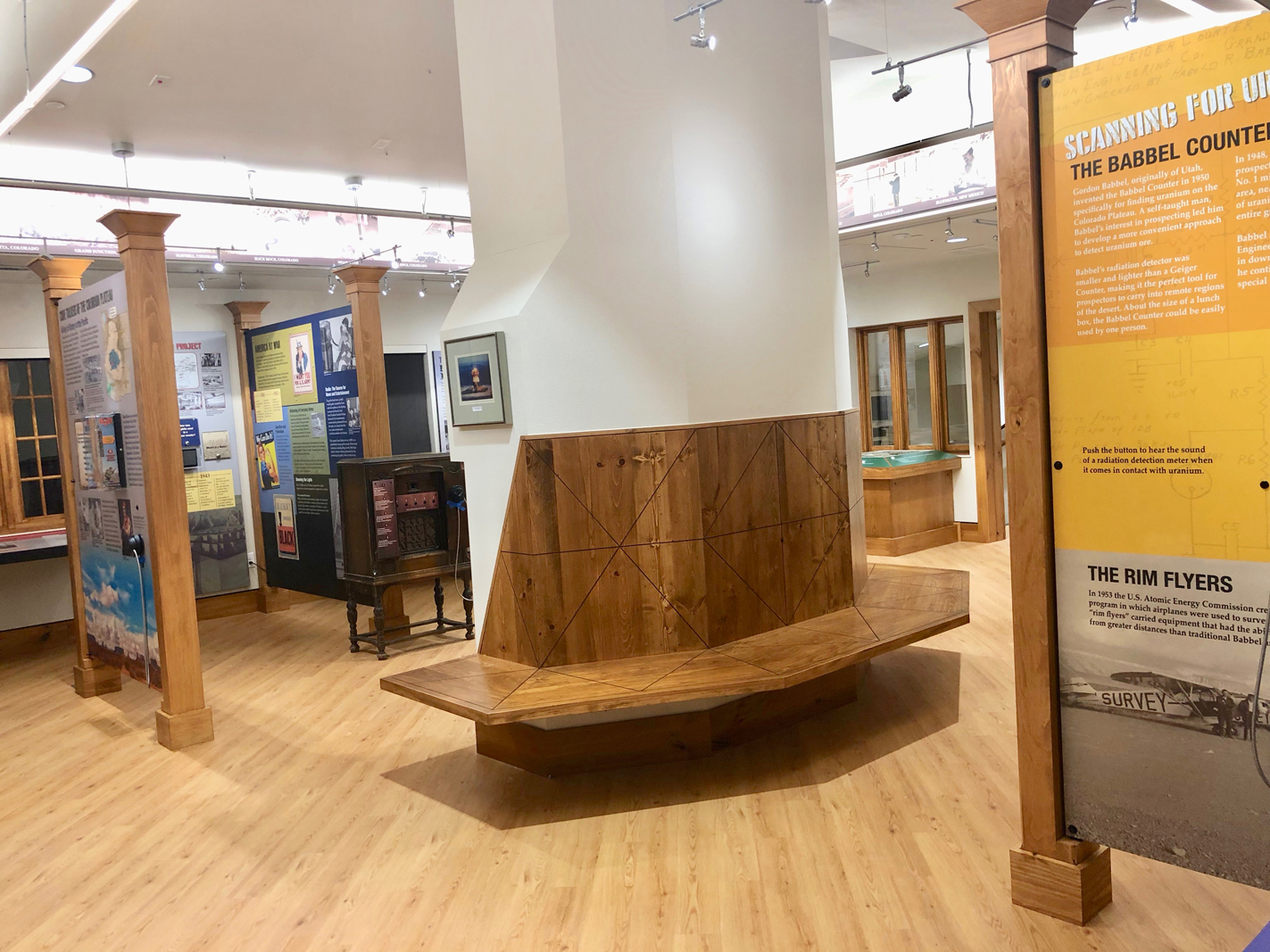 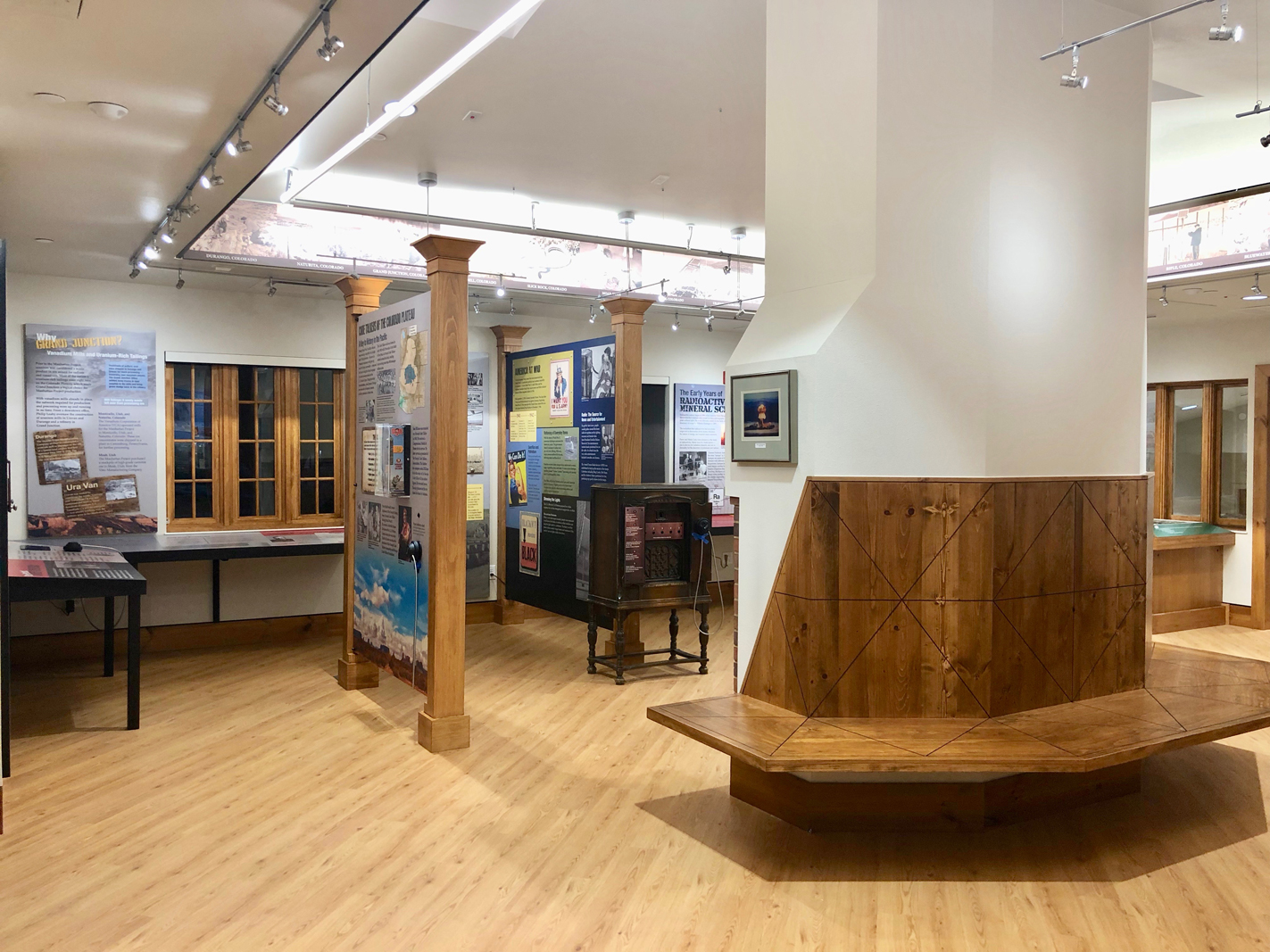 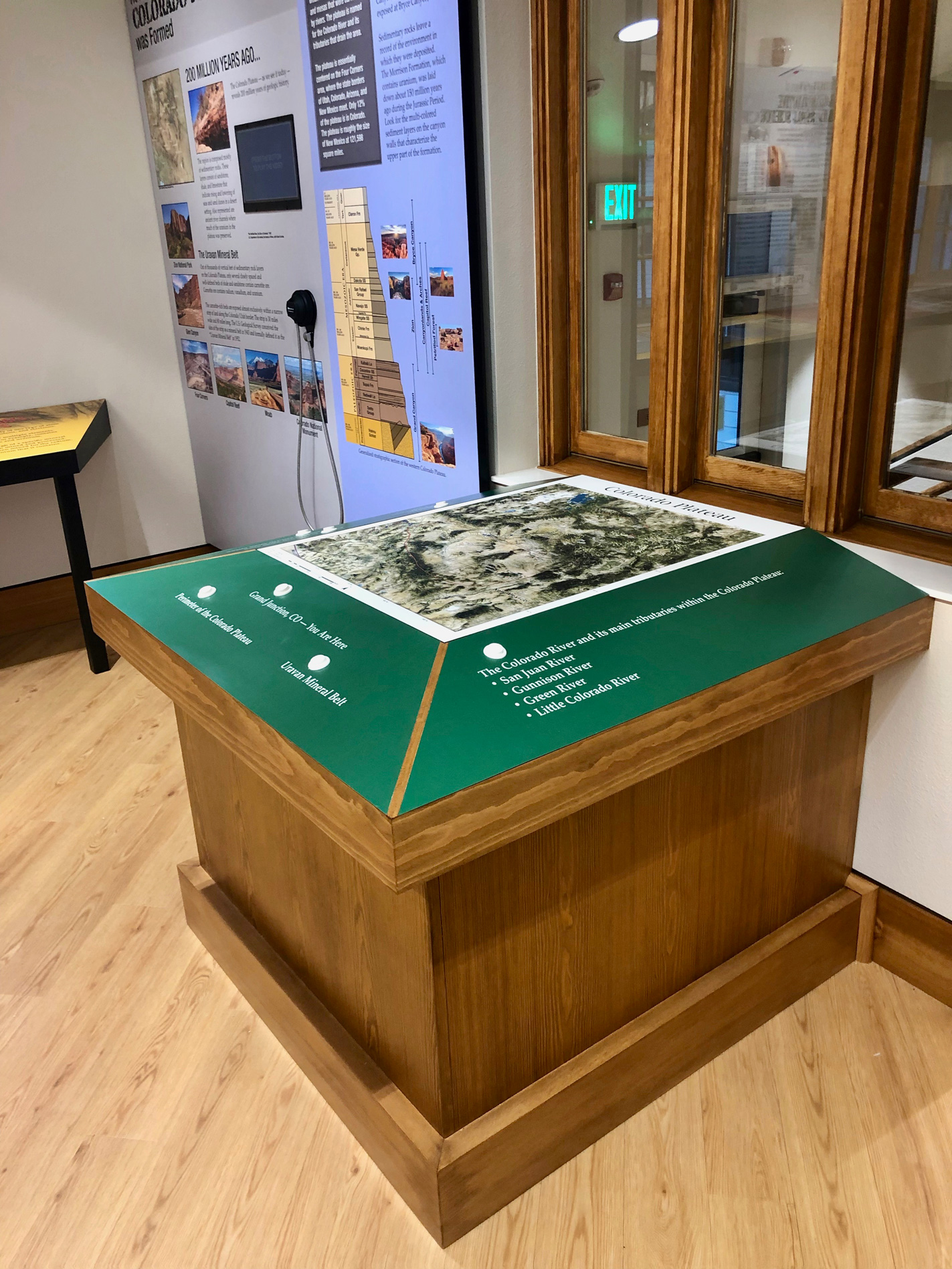 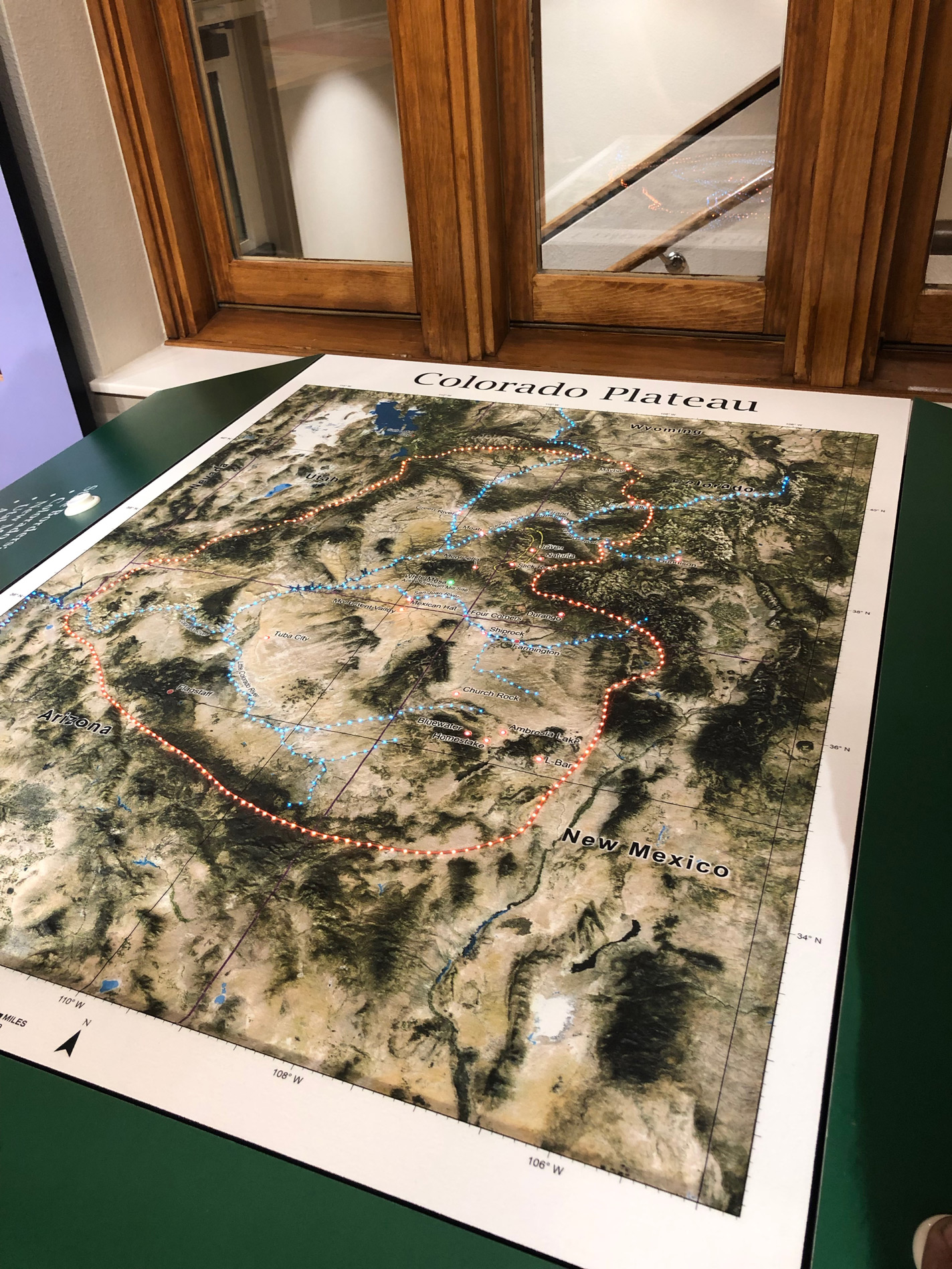